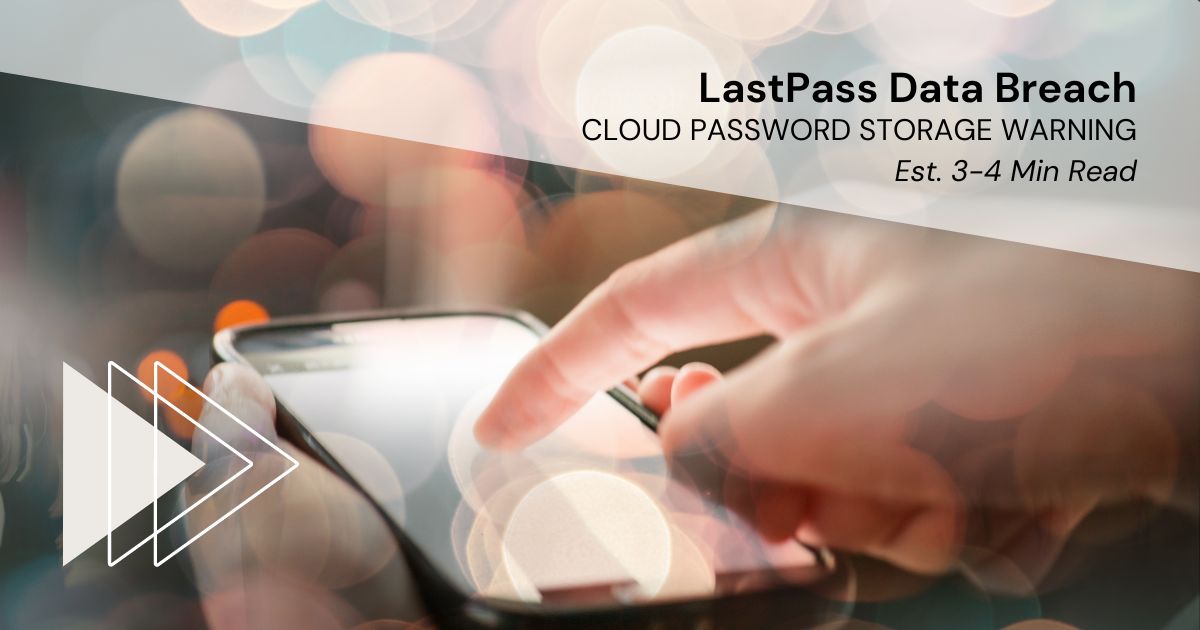 In August of 2022, LastPass landed in the hot seat as they reported to their customers that there had been unusual activity within LastPass. They assured customers that no data within their vault or their user's vaults was compromised, nor was any personal information. Contrary to their report, a data breach did occur. Data breaches will become more common in 2023, making your security a higher priority than ever.

LastPass attempted to reassure its users that the compromised information was encrypted, posing less risk. A master password (reportedly not stored by LastPass) is required to decrypt data. Still, brute force (i.e., guessing passwords) efforts could give hackers access to that encrypted information, depending on the strength of the original user's master password.

Weeks later, a class-action lawsuit was filed by an unnamed plaintiff to recoup losses due to the security breach that allegedly caused the user to lose $53,000 in Bitcoin. This story is far from over, but here are two major lessons that we can take away from this event:

Cloud-based password managers lack the security you need. Consider the best option of local, encrypted password storage directly to your device. IDSeal Pro-Tec, our proprietary device protection suite, allows you to store all your passwords in a locally encrypted vault.

This storage method is superior to password managers like LastPass or 1Password, which store them in the cloud. Both cloud and local-based password managers require a “master password” to decrypt information. In contrast, IDSeal Pro-Tec doesn’t store the encrypted vault data on servers that can be accessed by hackers. Hackers could only access a user’s encrypted password vault by first accessing and overtaking the user’s device, then by brute force guessing the master password to decrypt the data.

Finally, it’s important to stress that the weak passwords of yesteryear are no longer good enough. Update your passwords to be difficult and use these guidelines to help you:

Combine these tips with IDSeal Pro-Tec, and you will have the best available protection on the market! Go to our Protection and Plans page to pick the best plan for you.

1It is not possible to prevent all identity theft or cybercrime, or to effectively monitor all activity on the internet. IDSeal cannot and does not guarantee complete protection against cybercrime or identity theft. IDSeal does not monitor the activities of all financial institutions, or all activities of any particular financial institution. Review the IDSeal Terms and Conditions for specific details regarding IDSeal services.

2The Identity Theft Insurance is underwritten and administered by American Bankers Insurance Company of Florida, an Assurant company under group or blanket policy(ies). The description provided in the Summary of Benefits is a summary and intended for informational purposes only and does not include all terms, conditions and exclusions of the policies described. Please refer to the actual policies for terms, conditions, and exclusions of coverage. Coverage may not be available in all jurisdictions. Review the Summary of Benefits.

5IDSeal Pro-Tec provides tools and resources to protect your data and identity, but no one can prevent all cybercrime or identity theft. Your own efforts are important to prevent unauthorized access to your personal information.